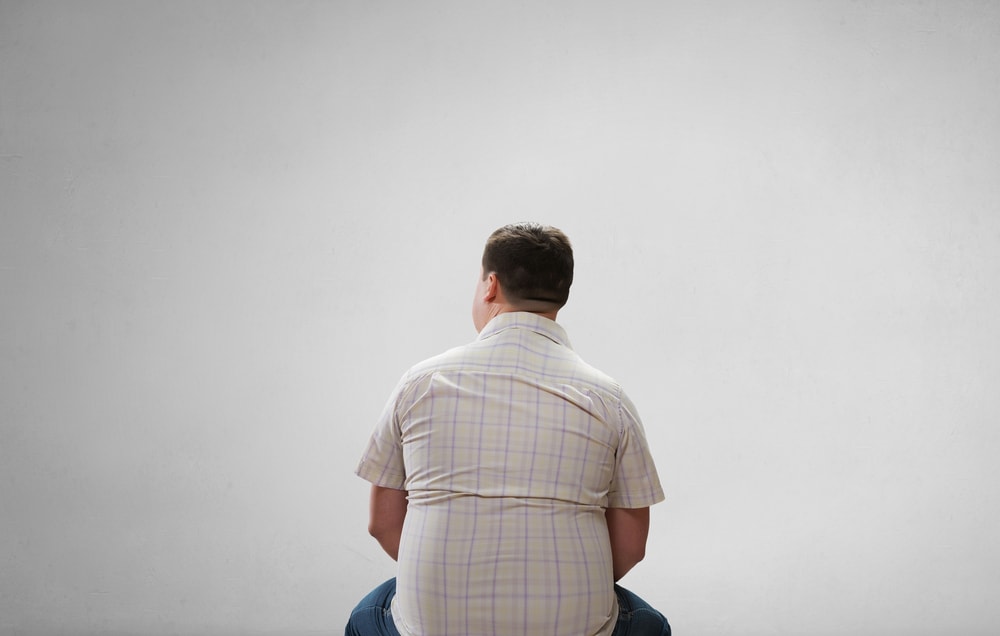 A wake-up call from his doctor warning that he was pre-diabetic and on a slippery slope to becoming morbidly obese; was the catalyst that resulted in him contacting me.

Toby knew that he needed to change his behaviour and habits around food. Slimming products were not having the desired effect as he was overeating and not exercising. Having found out about Cognitive Behaviour Therapy (CBT) and clinical hypnotherapy, he decided that this was the way to turn his life around.

In just 6 sessions Toby was able to:

When Toby came to me he was 42, four stone overweight, and living with his mother. He was increasingly finding that his weight was affecting his health, he found it difficult to get around and a blood test had shown his blood sugar levels were too high. His doctor had spelt out the prognosis, ‘lose the weight or you’ll become diabetic’ – diabetes and obesity can lead to other chronic diseases such as cardiovascular disease.

As well as the impact on his physical health he was also feeling unhappy, self-conscious, anxious and lacked self-confidence because of his weight. This meant that he didn’t socialise and spent most of his free time playing computer games and watching old movies with his mum.

When he first contacted me Toby said, ‘I snack a lot after my main meals, eating bread, chocolate, fatty foods and fizzy drinks. My mum cooks huge meals and I don’t want to hurt her feelings so I eat even when I am not hungry. I struggle with anxiety and panic attacks and eating makes me feel better, but that has meant I’ve withdrawn from the outside world and I’ve been hiding at home with mum’.

As his weight has increased Toby has found exercising difficult. He’s self-conscious of his body fat and his low mood has prevented him from feeling motivated and strong enough to go to the gym or to the pool for a swim.

‘From the minute I met Andrea I know that she understood exactly how I felt and she immediately put me at ease. The sessions were relaxed, informative and I learnt calming and relaxation techniques that I will take away for the rest of my life’.

The warning from his doctor came at the right time and Toby decided it was the time he took charge of his weight and life too. He thought clinical hypnotherapy would give him the motivation to change his thoughts and feelings about his image, and also his behaviour towards food. He wanted to eat less and exercise more. He wanted to start eating healthy meals, cut back on the snacks and find the motivation to exercise to tone his body. As a result, he would feel confident to go out with a few people at work and make friends. He thought that this would also give him the courage to move out and then start to cook and look after his own dietary needs. He was right!

I worked with Toby over 6 sessions and during this time he made some significant changes.

Initially, we worked on his self-esteem and his negative and self-critical feelings – ‘I am useless, worthless, unattractive, not worth loving’. We also changed his focus on food and the thoughts he had around eating – ‘if I start eating I cannot stop – I am really out of control’.

Instead, we found a new focus revolving around exercise, healthy eating and mindfulness. Taking control over his diet and food consumption has radically changed the negative emotions he had around food, and this has improved his self-esteem.

At the same time, Toby has made some changes at home and in his social life. He now cooks his own meals to ensure that they are healthy and for portion control, and he has started to socialise with a few people at work. As well as swimming once a week, he has also renewed an old hobby (bowling), which also gives him an opportunity to meet new people.

The stand out feature of this therapy was that it has changed him and his eating habits for good. He felt better that he had ever felt in his life. He also felt confident and asked his boss for a promotion and started doing a course on weekends and online so he could work towards this. CBT and clinical hypnotherapy has given him a new lease of life, and one new friendship he has made has the potential to become more serious.

‘After 6 sessions I was able to change my habits and behaviours with CBT’.

Now two months on from starting CBT and clinical hypnotherapy, he no longer has any sessions but is continuing to achieve his goals.

Toby now exercises four times a week and has lost 1 and a half stone. He feels confident that he now has the right mindset to continue this good work and lose the rest of the weight in a healthy and sensible way.

He has also moved into his own home.

Toby says, ‘In my opinion, CBT and clinical hypnotherapy is a healthier way to lose weight as it has dealt with the negative emotions and behaviours I had about food and my body image. Andrea has gently guided me towards a healthier way of living, giving me the tools to continue working towards my goals.’

If you would like to talk in confidence about your relationship with food, weight loss, body image, anxiety or any other issue that Toby’s story highlights, please contact me for a free 30 minute consultation. You can call 07967 151 790, email info@formindssake.com or book a consultation here.

This website uses cookies to improve your experience while you navigate through the website. Out of these, the cookies that are categorized as necessary are stored on your browser as they are essential for the working of basic functionalities of the website. We also use third-party cookies that help us analyze and understand how you use this website. These cookies will be stored in your browser only with your consent. You also have the option to opt-out of these cookies. But opting out of some of these cookies may affect your browsing experience.
Necessary Always Enabled
Necessary cookies are absolutely essential for the website to function properly. This category only includes cookies that ensures basic functionalities and security features of the website. These cookies do not store any personal information.
Non-necessary
Any cookies that may not be particularly necessary for the website to function and is used specifically to collect user personal data via analytics, ads, other embedded contents are termed as non-necessary cookies. It is mandatory to procure user consent prior to running these cookies on your website.
SAVE & ACCEPT